Quoting from the research results of the Yale Center for Environmental Law & Policy (YCELP) and the Center for International Earth Science Information Network (CIESIN) in Colombia, there are at least 6 countries that are considered successful in winning the title of the cleanest country in the world.
These countries are very obliged to be included in your bucketlist for the end of 2019 holidays. So curious about which country can be the cleanest title? Come on, see the full review below. Based on the Environment Protection Index (EPI), Finland, which is the capital city of Helsinki, managed to rank first as the cleanest country in the world with a score of 90.68. This predicate does not automatically appear without good cooperation between the government and the community.
Not only that, this country that is committed to achieving carbon neutrality by 2045 is also at the top in several fields, from population, civil liberties, to quality of life.
Anyone who intends to visit this country will certainly be captivated by the natural beauty that is still authentic, from the southern coast of the Gulf of Finland to Lapland.

The country, which is known as the land of ice, was named the second cleanest country in the world in 2018. Volcanoes, glaciers, auroras and oceans rich in fish make Iceland a popular tourist destination.
In fact, according to several sources, the Icelandic tourism sector has managed to contribute 30 percent to state revenue. Where in 2015, the number of foreign tourists increased to reach more than 1 million people.
In fact, the country that managed to collect a score of 90.51 in the EPI uses hydro energy (hydropower) and geothermal energy (geothermal) to meet the needs of daily life.
According to the local government, Iceland uses only a small amount of fossil fuels to prevent global warming and environmental pollution. In third place, Sweden managed to collect 90.43 points. This country, which is located in Northern Europe, is one of the countries that applies a heavy tax system for fossil fuels. Nearly all of the energy used in Sweden comes from renewable sources.
Because of this, Sweden is also recommended as one of the best countries for green living. Because the government is incessantly promoting healthy living, Sweden, which is the capital city of Stockholm, has managed to get the title as the cleanest capital city in the world.

Denmark’s success in developing the latest energy has made the country rank fourth with 89.21 points.
The smallest country in the European Union generates electricity by making wind farms, where wind energy generates 116{bb0d14df601a1627ab5f31ed126a79d3c839d0f8d0404f1f3f1fa7f4f2699f35} of electricity needs.
Not only used for personal consumption, wind energy has also been successfully exported by Denmark to Norway, Germany and Sweden.
If you are going to spend a year-end vacation to Denmark, then you need to know some unique facts about the country. Starting from a different season to a more varied time of day and night.

Located in the heart of Europe, Slovenia is a country surrounded by the Eastern Alps, the Adriatic Sea, the Balkans, Italy, Croatia and Hungary. This small country with an area of ​​approximately 20 thousand square km has managed to enter the ranks of the cleanest countries in the world with an EPI score of 88.98.
In this country you can visit several famous tourist attractions such as the city of Bled, Ljubljana, Slovebe Istria, Trizlav National Park, Maribor, and Postonia. If you are interested in visiting a unique museum that will test the boundaries of perception, illusion and relativity, then the Museum of Illusions is the place to be. 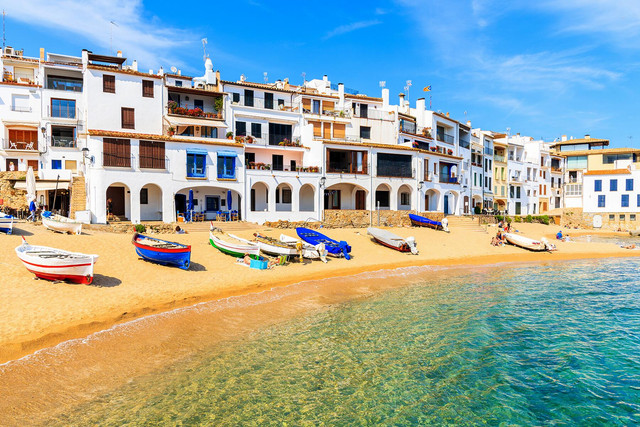 In order to rank sixth in the list of cleanest countries, the Spanish government uses recycled water for irrigation and road cleaning. This country, which is known for the beauty of the city of Madrid and Barcelona, ​​is the second most visited country by tourists after France.
One of the iconic places that tourists often visit on their trip to Spain is the Plaza Mayor. This square in the city of Madrid has a magnificent design and is almost similar to one another.
The average building design in Plaza Mayor has 4 floors, the first floor is used as a shop or cafe and the top floor is usually used as a resting place.