Hearing the word Honduras, maybe what you remember is the political and social conflict. However, it turns out that there is tourism potential there. Honduras is a country in Central America, to be precise near Guatemala and El Salvador, with the capital city of Tegucigalpa. This official Spanish-speaking country is also known as the most banana-producing region, but is classified as a low-income country. Apart from that, Honduras is also famous for its endless conflicts. Starting from political, social, to gang problems and drug cartels. In fact, the 2018 Global Peace Index positions Honduras as one of the 50 countries with a low level of security. Murder and robbery cases often occur there. Likewise the case of illegal immigrants from Honduras that mushroomed into several regions of the American continent. To the point, the US has issued a travel warning level 3: Reconsider Travel. This ranking has a higher warning rating than Indonesia, with a level 2 position.

Honduras is now starting to show off in the international tourism scene. Evidently, by issuing various campaigns to promote tourism. PR Newswire wrote, the Honduran Tourism Board recently launched the theme “You Can’t Leave Honduras Without Really Knowing Honduras”, which invites tourists to get to know the country more closely. In the uploaded video on YouTube, you can see the various angles of Honduras’ nature. In fact, promotion and it is packaged by highlighting the adventure side in Honduras. Various beaches, forests and seas are also channeled through videos and photos on the official website and social media. 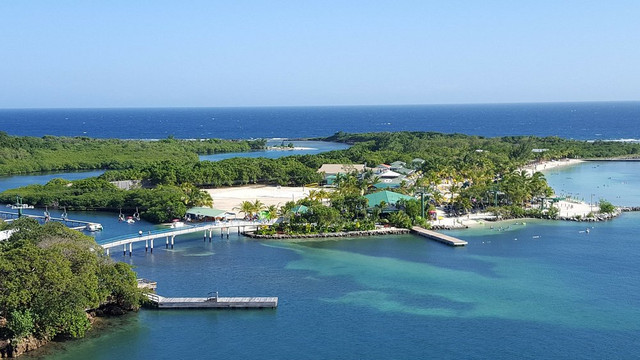 Honduras has many islands with fairly clean beaches and seas. As seen from the official website of the Honduran tourism agency, there are the Roatan Bay Islands, which are part of the Caribbean Sea. There, there are several corners of the beach with blue sea and white sand. Complete with diving spots with various marine life. There is also in the Amapalla area, there is a coastal area that has views of green hills. This area is also sold by the local tourism agency to tourists, as seen from its official website.

In the Copan area, there are archaeological sites of Maya civilization. Now, this place is also a tourist destination in Honduras. In fact, it is one of the cultural heritages recognized by UNESCO. Likewise the historical areas located in Santa Barbara, Colon, Comayagua and several other areas. Honduras also has national parks and several other natural attractions. For example, the Wildlife Shelter Cuero Y Salado Bars in Atlantida, Bird Park Guacamaya, Until The Fort of San Cristobal in Lempira. For MICE (Meeting, Incentive, Convention & Exhibition) matters, Honduras is promoting several areas on its tourism sites. Like the capital, namely Tegucigalpa, San Pedro or La Ceiba.You could say, several types of tourism exist in Honduras. Such as history, nature, and various cultural heritages to traveling for business purposes.