So who really likes Japanese culinary, maybe you only know Japanese food such as sushi, sashimi, Udon, Ramen, and Matcha. So this time I will share articles about traditional Japanese foods that you don’t know a lot about. Here are 9 famous traditional Japanese dishes that are the most delicious and you must try them while in Japan or when you are in a Japanese restaurant anywhere. This first culinary delicacy is traditional Japanese food which is very well known in Japan and is very delicious and you must try it. This domburimoni consists of rice covered with chicken, boiled eggs, pickles, tofu soup, boiled beef, and usually served with fried shrimp called Tendon or pork called Katsudon, this Domburimono has a tasty, fresh, and of course delicious. For the price of 1 bowl of Domburimono, this is very affordable and you can find it in Japanese restaurants in  that sell traditional Japanese food.

This one food is no less popular than Domburimono, this one culinary has a savory taste because it consists of vegetables, seafood, minced meat, Japanese spices, and mixed together and then cooked on a frying pan. After it is cooked, it is usually given mayonnaise, nori, crab and the taste of okomiyaki makes anyone addicted, guys, the taste is top marko top !!! To find this Okonomiyaki it is usually sold in small Japanese shops, and it is very difficult to find in other countries, so while on vacation in Japan you … Read More

Want to snorkel directly with the fauna in the ocean? Or admire the beauty of the reefs and their diversity? If so, have you tried the following spots?
The following best snorkeling spots in the world might be your next destination for marine tourism enthusiasts. Anywhere? Check out the following list! 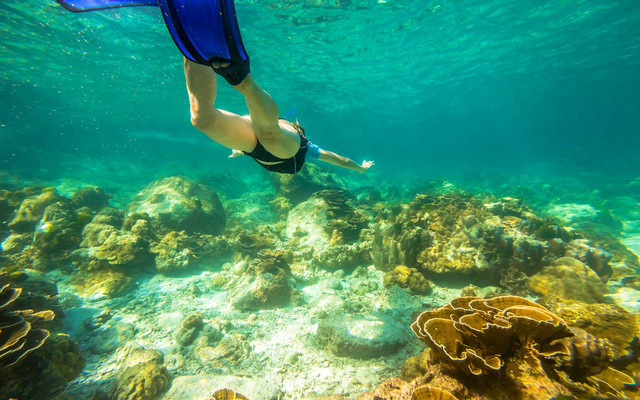 For those who like snorkeling while chatting with fish, the Isle of Mujeres in Mexico is the right destination. At the site, you can snorkel while accompanied by whales, as well as their prey, tuna. This snorkeling spot, located 9 miles off the coast of Cancun, Mexico. In that place, you are treated to a stunning sea view, with turquoise water. Apart from that, the area is also home to two underwater sculpture gardens filled with more than 500 life-size statues at a depth of 3 to 6 meters.

The next best snorkeling spot in the world is in Florida, United States. In 2017, this spot was hit by hurricane Irma which was so damaging, fortunately, most of the reefs in this place survived, so we can still enjoy its beauty. Molasses Reef, a coral reef spot that is part of the Florida Keys National Marine Reserve, is still surrounded by sharks, rays and several species of turtles. The life of the reefs in this place survived the storms. In addition, the famous Christ of the Abyss Statue, also not affected by the storm, still exists and is still one of the favorite … Read More

One of the obstacles we may experience when traveling solo is a matter of documentation. If you are on vacation with friends or family, we can ask their help to take our photos. But when we go alone, of course we can’t do that. But don’t worry, you can still get cool vacation photos. Here are the tips! 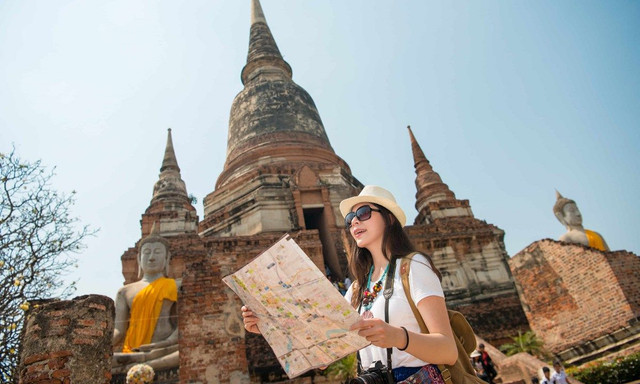 Use a selfie stick

Selfie sticks or what we usually call tongsis can help a lot when solo traveling. Especially if you only rely on cellphone cameras to take pictures. The area that can be included in the camera frame is wider and can still show your photo background.

Today, there are many types of tripods. It’s not always big and takes up space, you can bring a very flexible gorillapod or a small tripod. Make sure the tripod you carry is stable and resistant to wind, so it doesn’t fall when used.

Use an action camera, the results will be cool

Action cameras like the Go-Pro are often the choice of travelers, because they are small and easy to carry. Because it’s tiny, small, and practical, this camera is still the traveler’s top choice, especially when on vacation in the wild. Because, you can endure various kinds of natural activities, such as surfing, diving, skiing, and others. Various supporting accessories and wide lenses are able to capture your moments nicely.

Use a drone, take pictures so there are no limits!