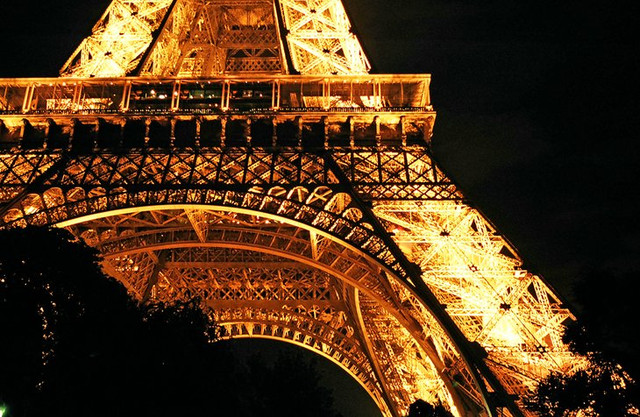 This country, which is in the south of the United States, is one of the countries most visited by tourists from around the world. It is recorded that every year, ‘Sombrero Country’ is visited by around 41 million tourists from all over the world. The tourism industry development strategy promoted by the Mexican Government has succeeded in attracting a lot of tourists from abroad.
Mexico features a number of natural and cultural tourist destinations, such as the coastal tourist area of ​​Cancun, a beautiful canyon called the Copper Canyon, and historical tours of the Mayan civilization that are the main attraction of this country. Even though the President of the United States (US) Donald Trump issued a number of policies by limiting the number of immigrants and building a wall at the border, still most of the tourists who come to Mexico come from the US, followed by Asia and Europe.

Turkey is known as a secular country that maintains the values, culture and legacy of Islamic civilization in the past, especially from the Ottoman Empire which was in power from 1299 to 1923, such as the Hagia Sophia Mosque which currently functions as a Turkish national museum.
In addition, several other top tourist sites, such as the Pamukkale hot springs complex, Sultan Ahmed Mosque, and a ski resort at the foot of Mount Erclyes. Every year, at least 46 million tourists from all over the world visit Turkey. Even though it had experienced a decline in 41.2 million people in 2014, the tourism industry continued to rise in line with increasing security stability.

Apart from visiting a number of historical places such as the Colosseum and the Tower of Pisa, Italy can be a choice of spiritual tourism, especially for people who are Catholic. Because the Pope, the leader of the Catholics, is headquartered at the Vatican which is geographically in the center of Rome, Italy.
There are a number of interesting places that are usually visited in this country, such as the canal city of Venice, the ruins of the ancient city of Pompeii, and enjoying the beauty of Lake Como. In addition, Italy is also a paradise for fashion lovers, because the City of Milan is one of the fashion centers in the world.

The ‘Bamboo Curtain country’ has many popular tourist spots visited by tourists from all over the world. Destinations such as one of the wonders of the world, the Great Wall of China, the Forbidden City in Beijing, visiting the study and research center of endemic pandas in Chengdu, and shopping trips to Shanghai.
In addition, China has attractiveness in terms of massive infrastructure development, such as trains and airplanes. In 2010, revenue from the tourism sector was recorded at US $ 45.8 million (around Rp. 6.4 trillion).
The number of tourist visits to China reached an average of 63 million people and is likely to increase rapidly. The World Trade Organizations predicts China will become the number one tourist destination in the world in 2020.

Uncle Sam’s country is one of the countries with the largest tourist visits in the world. This superpower focuses its tourism industry on its diverse landscapes and big cities, such as the Death Valley Desert, the Grand Canyon, fashion tours in New York, to visiting the tourist island of Hawaii in the Pacific Ocean.
Most foreign tourists to the US come from Mexico, Canada and the UK. A large number of tourist arrivals come from domestic tourists, especially during the holidays, such as summer, year-end, and Thanksgiving.

The Spanish government pays serious attention to the tourist industry in the country. This is because the tourism industry contributes 11 percent of Gross Domestic Product (GDP) each year.
Popular tourist destinations in the country include the Sagrada Familia Roman Catholic Church, the Cordoba Mosque and the Plaza Mayor in the heart of Madrid. In addition, there are 15 national parks scattered all over Spain.

France is the most visited country in recent years. One of the triggering factors was the European Cup which was held in 2016. Several cities in France have their own tourist attractions, such as Cannes, Lyon and Strasbourg. There are 37 UNESCO world heritage sites in France.
The tourism industry in Napoleon’s home country is developing very well and contributes around 9.7 percent of national GDP every year. The country averages 89 million tourists every year. In addition, the title of romantic city given to Paris makes the French capital the city most visited by tourists from around the world.